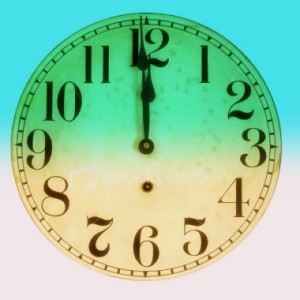 “Be always at war with your vices, at peace with your neighbors, and let each new year find you a better man.”  –  Benjamin Franklin

“If you’re running a 26-mile marathon, remember that every mile is run one step at a time. If you are writing a book, do it one page at a time. If you’re trying to master a new language, try it one word at a time. There are 365 days in the average year. Divide any project by 365 and you’ll find that no job is all that intimidating.” – Chuck Swindoll

“An optimist stays up until midnight to see the new year in.  A pessimist stays up to make sure the old year leaves.”   –  Bill Vaughan

“We will open the book. Its pages are blank. We are going to put words on them ourselves. The book is called Opportunity and its first chapter is New Year’s Day.”  – Edith Lovejoy Pierce

“No one ever regarded the First of January with indifference.  It is that from which all date their time, and count upon what is left.  It is the nativity of our common Adam.”   –   Charles Lamb

“Many people look forward to the new year for a new start on old habits.”   – Author Unknown

“A New Year’s resolution is something that goes in one year and out the other.”   – Author Unknown

“Cheers to a new year and another chance for us to get it right.”   –  Oprah Winfrey

“Year’s end is neither an end nor a beginning but a going on, with all the wisdom that experience can instill in us.”  –  Hal Borland

“The merry year is born
Like the bright berry from the naked thorn.”
–  Hartley Coleridge

“New Year’s eve is like every other night; there is no pause in the march of the universe, no breathless moment of silence among created things that the passage of another twelve months may be noted; and yet no man has quite the same thoughts this evening that come with the coming of darkness on other nights.”  – Hamilton Wright Mabie

“The proper behavior all through the holiday season is to be drunk.  This drunkenness culminates on New Year’s Eve, when you get so drunk you kiss the person you’re married to.”  – P.J. O’Rourke

“We will open the book.  Its pages are blank.  We are going to put words on them ourselves.  The book is called Opportunity and its first chapter is New Year’s Day.”   –  Edith Lovejoy Pierce

“Drop the last year into the silent limbo of the past.  Let it go, for it was imperfect, and thank God that it can go.”  –  Brooks Atkinson

“Each age has deemed the new-born year. The fittest time for festal cheer.”  –  Walter Scott

“Glory to God in highest heaven,
Who unto man His Son hath given;
While angels sing with tender mirth,
A glad new year to all the earth.”
–  Martin Luther

“But can one still make resolutions when one is over forty?  I live according to twenty-year-old habits.”  –  Andre Gide

“Many years ago I resolved never to bother with New Year’s resolutions, and I’ve stuck with it ever since.”   – Dave Beard

“One resolution I have made, and try always to keep, is this:  To rise above the little things.”  – John Burroughs

“Of all sound of all bells… most solemn and touching is the peal which rings out the Old Year.” – Charles Lamb

“A happy New Year! Grant that I
May bring no tear to any eye
When this New Year in time shall end
Let it be said I’ve played the friend,
Have lived and loved and labored here,
And made of it a happy year.”
–   Edgar Guest

“We spend January 1 walking through our lives, room by room, drawing up a list of work to be done, cracks to be patched.  Maybe this year, to balance the list, we ought to walk through the rooms of our lives… not looking for flaws, but for potential.”  – Ellen Goodman

“The object of a New Year is not that we should have a new year.  It is that we should have a new soul and a new nose; new feet, a new backbone, new ears, and new eyes.  Unless a particular man made New Year resolutions, he would make no resolutions.  Unless a man starts afresh about things, he will certainly do nothing effective.”  –  G.K. Chesterton

“I think in terms of the day’s resolutions, not the year’s.”  –  Henry Moore